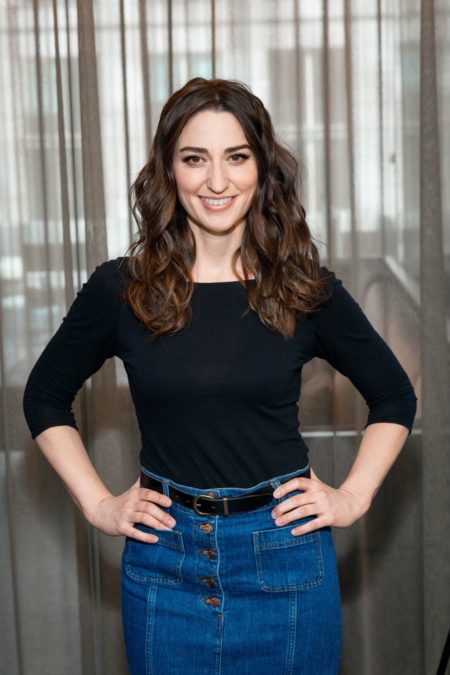 Waitress creator and star Sara Bareilles will sing out as Mary Magdalene in NBC’s highly anticipated TV presentation of Jesus Christ Superstar Live in Concert. David Leveaux will direct the previously announced new version of Andrew Lloyd Webber and Tim Rice’s musical, slated to take place on Easter Sunday, April 1. NBC has also revealed that the concert will be filmed live in front of a live audience at the Marcy Armory in Brooklyn, NY. As previously announced, John Legend will play the title role with Alice Cooper as King Herod.

“To say I’m excited about this performance is the understatement of the century,” Bareilles said. “This score and this musical have been a part of me from a very young age and it will be one of the great thrills of my life to sing these iconic songs. It’s incredible to see the beloved medium of musical theater being embraced by television audiences, and this cast and creative team is extraordinary. I feel extremely lucky to be a part of the project!”

Bareilles rose to mainstream acclaim in 2007 with the tune “Love Song,” which earned her two Grammy nominations in 2009. She was also nominated in 2011 for “King of Anything” and in 2014 for the album The Blessed Unrest and the single “Brave.” Waitress, her Broadway composing debut, earned her a 2016 Tony nomination for Best Score and a 2016 Grammy nomination for Best Musical Theater Album. Bareilles made her Broadway acting debut in the role of Jenna in Waitress in 2017 and is slated to return to the stage for a second run in the role <i<waitress< i=””>on January 16.

Jesus Christ Superstar is based on the final week of Jesus’ life. The 1971 musical opened at the Mark Hellinger Theatre on Broadway and was nominated for five Tonys. Since then, the show has been considered a classic and has become a staple of theater and music organizations throughout the world. A film adaptation was released in 1973.

Additional casting for Jesus Christ Superstar Live in Concert will be announced at a later date.